Looking toward the Angelus Ridge and Travers Range, from the approach up Lake Rotoiti

Cold Water Hut, at the south end of Lake Rotoiti

Peaks west of the trail

Part of the Travers Range, viewed on the approach to Cupola Hut

A frozen puddle on the trail

Mount Hopeless is right, viewed on the ascent to Cupola Hut

Digging our way in to Cupola Hut (1,380m). Mount Hopeless is on the centre skyline. Mount Cupola left, out of the picture, above the hut

Above Cupola Hut, looking north to Mount Hopeless. The Hopeless Couloir is easy to spot, as is the exposure from the cliffs below it

Heading up to the Travers Range, to the crag above right - a point at 1,940m, between Mounts Cupola and Hopeless

Getting closer to out objective

A snow chute lead up to the summit of the crag, which became steep and icy below the top

Heading to Mount Cupola, in deep snow and deteriorating weather

Turn around point - all we could do was laugh

Heading out from John Tait Hut, the plan being to beat the impending weather bomb back to civilisation

Pleased to be exiting the water taxi at St Arnaud, as the lake became increasing choppy 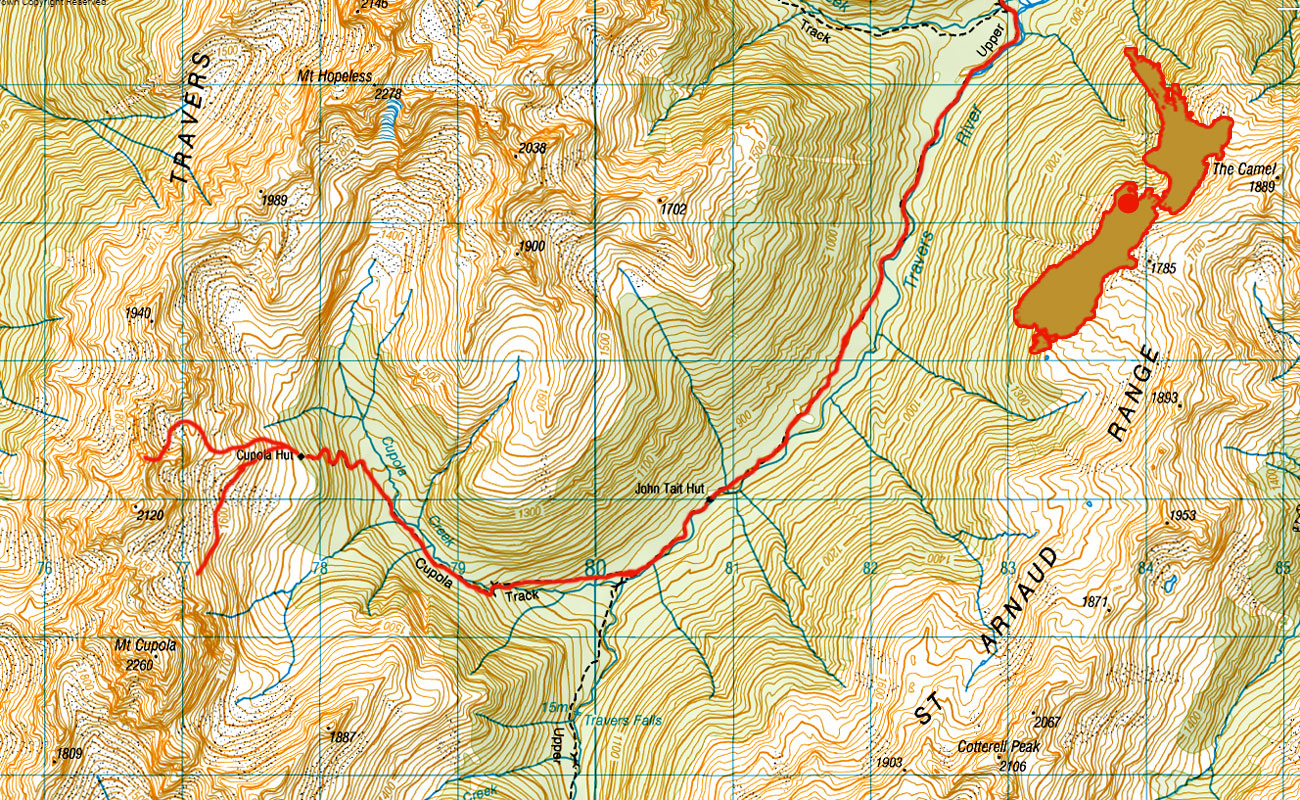