Just across the Mangatepopo Stream and on to the ridge leading to the summit of Mount Tongariro. Mangatepopo Hut (1,190m) is below and Mount Ruapehu behind

Mount Tongariro is ahead in cloud

Mount Tongariro, from about 1,400m on the ridge

Mounts Ngauruhoe and Ruapehu, from about 1,600m

Volcanic activity under foot, as the gradient steepens on Tongariro

Departing the summit of Mount Tongariro, eastward to join the Tongariro Crossing route

Heading towards the Emerald Lakes

Ngauruhoe's summit, from about 1,850m

View in to the Red Crater

View along the Red Crater, to Mount Ngauruhoe

View from the Red Crater rim, north east to the Emerald Lakes and the Blue Lake

The Emerald Lakes and the 1,850m high point east of the Tongariro Crossing route

Climbing back up the side of the Red Crater

People on the southern rim of the Red Crater

View south, below the Red Crater, across the South Crater 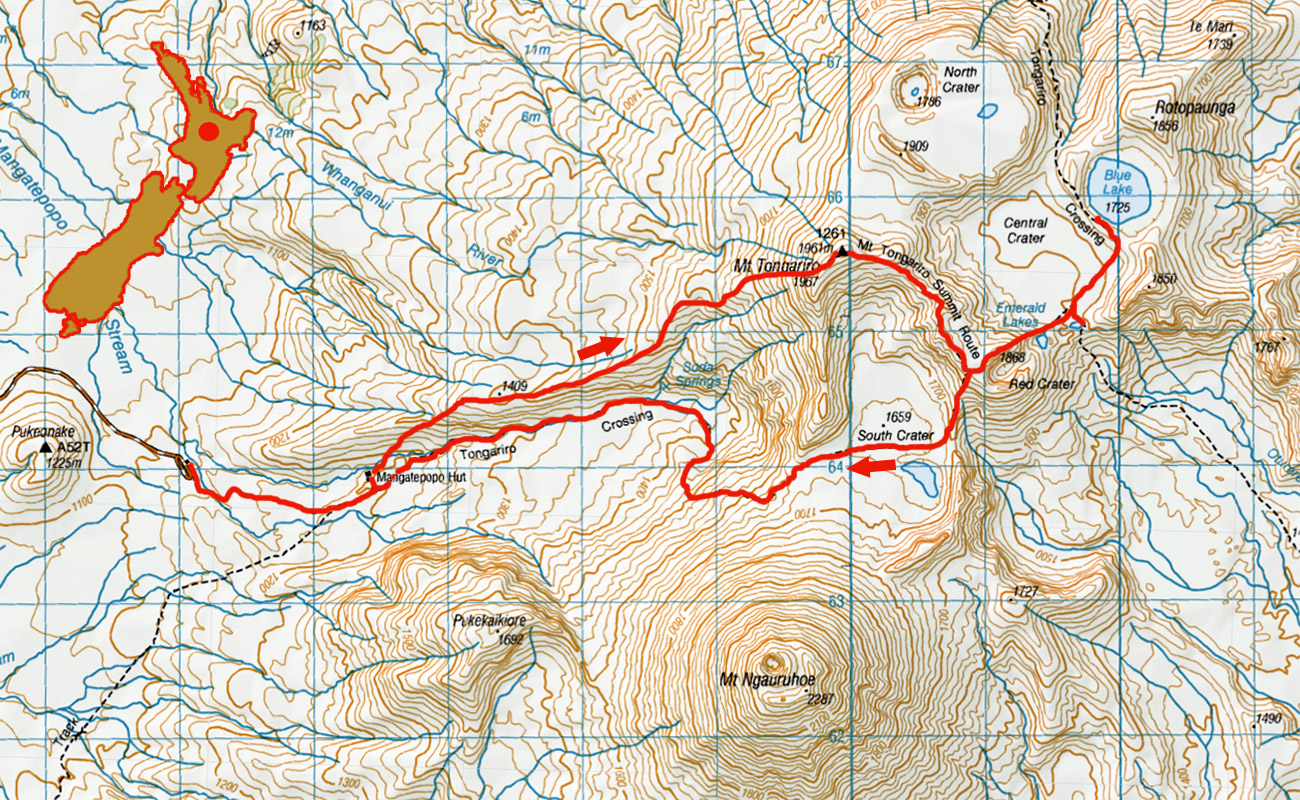